Between 8-5 members from various Antifa chapters were arrested in Chicago Illinois after disrupting a November 24th lecture by the British Historian David Irving. The event, which was booked at the Edelweiss restaurant, was interrupted before it even began. While the guests present for the event were in the midst of ordering their meals a group of mask clad anarchist/anti-fascist entered the restaurant quickly causing a disturbance. During the melee members of Antifa attacked the restaurant staff along with a number of guests and tables with cans of paint.

According to a first hand account posted on Irvings online diary, Antifa was met with stiff resistance by the attendees who defended themselves with chairs and beer mugs, including an individual who blocked the restaurants exit and ripped a mask from the face of one of the attackers.

Antifa is currently encouraging people to threaten the Edelweiss restaurant if they assist in the legal case against those arrested:

From an email: "David irving was disrupted and shut down tonight (Nov. 24) in chicago at Edelweiss restaurant at 7650 w Irving park road. A few people were arrested shortly after. We ask anyone willing to help out to call Edelweiss at 1708 452-6040 and let them know that their involvement in the case of the arrestees will only lead to exposing them for what they are; Nazi sympathizers!"
-Taken from the One Peoples Project website

Information is still coming in on the identities of the anti-fascists who were arrested, if you have any information on them feel free to pass it along. So far this is all we've got:

*The license plate of one car used by Antifa: Illinois plate G189 059.
*One of the attackers was carrying a Colorado ID.

On another note, the following phone number belongs to a certain individual from Boston, MA who left the following message on David Irving's voice mail:
"We're not going away. You will not survive."
(857) 204-3909

Irving's account taken from his "Radical's Diary"
Posted by ANTI-ANTIFA! at 4:43 PM

Your blog is nice. I really like it. Thanks for opening this blog.
My blog is about Know Islam

Why did you abandon this blog? What you're doing is very important. 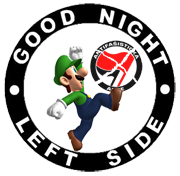 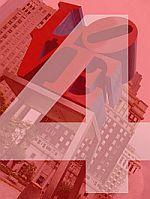 Members of the Philly/NJ ARA 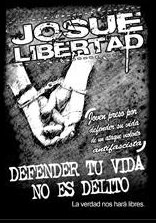 Imprisoned for Defending Himself Against Antifa Mob

A Brief History of the Anti-Communist Punk Movement 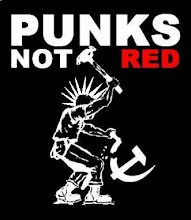